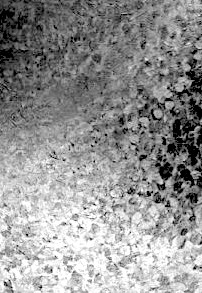 The Gods evacuated to another part

as they found that Jesus was

yet love is not to be denied,

and the agitator was really from a washing machine

so how can the divine be on one side

while thousands die each week

but in whose name remains unanswered.

“God” is the invention of Man

While the smile of grace enters the portico of justice

and the bulldog countenance approached the lectern

to a vacuous political theater,

sucking in his protruding gut

stage lights were all that mattered

his words pounded the air

a force to be reckoned with

the process was an inconvenience

to his lust and aching faux manhood

the sheathed penis of rattling words

his heart revealed an ultimate objective.

the prophet died for your sins while administering communion

for the means to the end is sufficient

and was of intent, no value to the pugilist,

to negate the process would mean he was in control

and the collapse was already well under way

so disgraceful mattered not…

a protagonist and antagonist rolled into one

woven into the canvas of the brain

blood dripping from the cavity

of a contorted face

a blemish of an abstract quality.

encapsulated in each syllable

as the world waited

until it no longer could

and so, went about its business the next day,

the Republic of America

was no longer engaged or entangled

in diplomatic niceties of humanity & climate,

for the business of dictating is paramount

a Hollywood studio film to be made was wanting

for democracy collapsed in the me decade of the 1980’s

under another actor’s misaligned vision of strategic defense

and the messianic pugilist well understood

he was just an accelerator

toward the disheveling of a thousand lights on a hill.

Would there be no hope for the Masses?

for the crafted socialism of the rich

they were condemned to survive or die

and in bold print was the cake of propaganda

served on a paper plate

familiar with the otherwise innocent

lips were spread apart in delight and angst

to accept the precious offering in an unholy alliance

the Bitter Seeds of Renunciation.