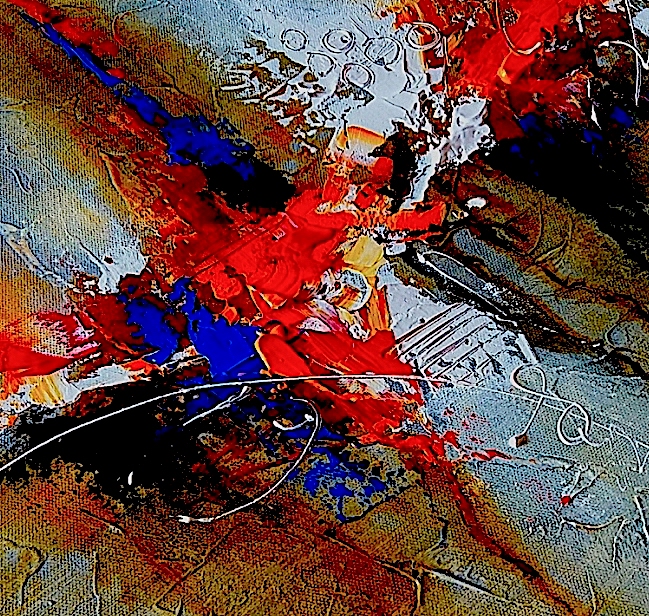 the rattling of swords

is the Republic’s currency

mid the vortex of a winter’s march

for the blood’s lust arrives in colorful fashion –

a matter of money, time and ambition

and to revolt is a meme for power

atypical for the impoverished

lest nothing else remains in life

and the bleeding drips from the soul,

it’s left without a home or dwelling

or food to eat

and clothes to wear

a haunting realization begins to foment

that compassion is just another word

with no revelatory message to be found

fleeting minutes here and there

the human architect of reason seeks

knowing it may lead to an unsettling

more so than superstition and astrological signs

that feed a spiral of manipulation

and warnings of upheaval

that are blatant in their denial,

while lies damage the heart

in ways indiscernible at first

unless one has a memory

the wordsmith is more acceptable

and peace the anomaly

even at the risk of technological disruption

the child of the mind becomes a spectator

watching a game of chess

seeking to line their pockets

and knowing the other side of the coin

is the face of accountability

and creative intelligence is an algorithm

but will the amalgam of emotion

from a post-modern Scheherazade

and shall the design come with a soul

for nobility, in reality, is a thought-right

not one of a birth

to be healed is only effective

for the person who sees the need for healing

and a dystopian verse walks down an alley

waiting, with the want of more lines

still the heart may find itself alone

on the edge of expectation

and seeking its own voice

while being drowned out by others

in the cacophony of comparisons

to measure thyself against no one else

is an anathema to materialism,

and the melancholic verse takes a swig of rum

to drown the besieging fervor

for what does the voice within suggest

but to pose a simple question –

to ask brings with it a new dimension

like a person sitting on the edge of a cliff

and finds being momentarily daunted

by the strength of the tempest

and whether it will erode or not

the rocky soil underneath

provoking one to evaluate

the reasoning behind expectation.