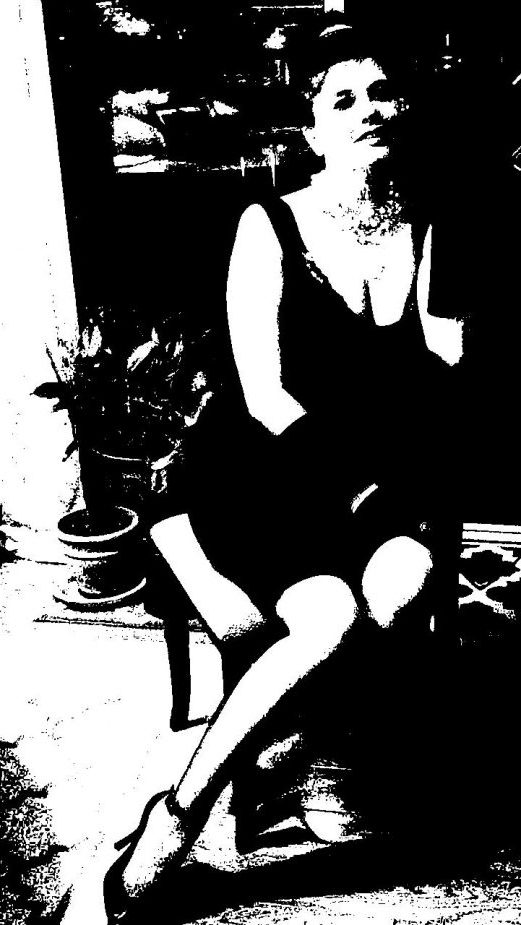 My experience at the National Mall in Washington DC, though not historically significant, was quite moving. Under the cloak of darkness, and with impeccable timing, my delightful, very physical sensual entanglement, titillated and fueled my soul.

The evening began with me, dressing myself, him, and us, literally. I am now imagining how much delight is found in unwrapping a gift, but knowing that presentation is a very important leadup to the unveiling, and knowing that lasting, imprinted memories are deeply always enhanced with precise timing and great presentation; my mind is doing cartwheels.

As my partner and I dressed for an evening out, I specifically asked him to wear his dark gray suit, a very nice polished cotton pale blue shirt with a starched white collar, a red paisley silk tie, no undershirt, red silk boxers, a black patent leather belt, black tassel loafers, his nicest cuff links, and of course my favorite cologne of his – Obsession.

I so enjoy fixing his tie.  As I pull him into me to adjust a nonexistent issue, I subconsciously draw him closer and ever so slightly push my hips into him, as I pull him to me for a kiss.  I slip my tongue into his mouth and taste his essence.  He tastes of peppermint, and smells of a mix of peppermint, Obsession, shampoo, and soap.  As the evening wears on, I will slowly be able to smell his body too, and eventually it will drive me crazy with desire.

I too, was very tastefully clothed in a black above the knee length skirt, nude colored thigh highs, black fuck me pumps, a deep v necked buttoned silk blouse, a lightweight black button up sweater with glittery rhinestone buttons, and my long brunette hair up swept and secured with a heavy clip. Underneath my , I wore a pair of white silk panties and a very sheer white satin and lace bra.

On our way to dinner, I whisper into his ear, “Let’s get off at the Mall on the way home please”.  After over a decade of being his wife, I know he will no longer ask…; he felt my hot sweet breath upon his ear, he heard my hoarse lusty whisper about a surprise I had for him…

As I came around from behind him, I took off my sweater revealing two very hard nipples protruding beneath my silken blouse, pressing against the fabric boldly, as if to say, “Here I am, you can’t ignore me.”

The waiter noticed my beautiful smile and hardened nipples….as if he could miss the sight.

I ordered an Irish coffee and a creme brûlée.

I toyed mercilessly with my partner as I consumed my dessert and drank my coffee.

Placing my foot between his legs, eyeing him closely, I traced my finger first across the whipped cream in my coffee, moved it to my mouth, licking it clean, then moved my hand down lingering, tracing my nipple, albeit very briefly, never breaking eye contact with him, and  continuing with my right hand beneath the table, to between my legs, unseen, obviously, coyly, but discreet, touching myself, I brought my fingers back to my mouth and licked them slowly and deliberately.  I smiled and leaned in for a kiss…..um, he knows this kiss. He loves to taste my sweet essence…for I taste of an evening of orgasms and surprise.

As I finished my dessert, feeding him bites, interspersed with kisses, he wondered exactly what would happen next.

It is my birthday, so close to a national holiday and he has already promised to do whatever I ask without question, but is now seriously wondering what is in store for him, with a limited but real fear. This fear is of the unknown, a mix of anticipation, as experience has told him with me, is  anything…but predictable.

With dinner paid for, we headed out.

As we were leaving I winked at the waiter. He actually blushed and smiled. He most certainly fell under my charm. It was an affirmation.

On the metro I sat close to my partner and placed my purse over his lap and my hand beneath the purse. I discreetly traced the outline of his penis with my long-painted fingertips. My touch is very light and I know the distinct outline intimately. I softly laughed.

He knows amid endless encounters that I have brought his penis to attention in very unlikely spots…coat closets at private parties, in public places, his mother’s home in the kitchen between dinner courses, drives in traffic, his desk at work, once even at his brother’s house during a relative’s birthday party.

He decided he should stop counting his memories, as his erection would become unbearably noticeable, and with a  grin I winked at him, for we still had a few more stops to go.  He actually knows tonight will be no different, in that I will be relentless, until I am satisfied.

Smiling I tell him we are getting off at the next stop.  He removed his jacket and folded it across his arm to shield the telling outline that has grown quite obvious.

Once off the metro I feigned being chilly, and asked that he put his jacket around me. Face to face, I placed it around my shoulders, and then grabbed his belt and pulled him in close to me for a kiss. With his jacket around shielding my actions I reached into his pants and tugged knowingly on his penis. With quickness and expertise I traced my index finger over the tip of his erect penis to remove pre-cum, and quickly withdrew my hand and licked my finger-tips while smiling at him, and then French kissed him deeply, lustfully, playfully, and then pulled away and smiled.

It was at this moment I told him that I wanted to see the Lincoln Memorial at night, tonight. Walking in my heels with his jacket about me, he knows exactly how my erect nipples loomed and how wet my pussy was…just by my moan alone.

Strolling along I told him that we’ll have to sit for a bit, once there on the steps, because my feet are killing me in my heels….little did he know that it’s not my feet that need a break, but that my pussy couldn’t wait.

As we climbed the first steps I slowed down and told him to kiss me NOW.

I positioned him in front of me, and using his tie to pull him over to me, I kissed him deeply. While kissing him once again I drew him close with my other hand by his belt and reaching within his trousers again to be sure he was erect…yes.

Again I traced the tip of his penis with my index finger now dripping with pre-cum and licked it off my fingers as I gently released him slightly, to push him onto a step in a seated position.

The night was steamy hot, the stars shined brightly, as if mood lighting was hired for my personal party in advance of a holiday celebration where dignitaries would be seated. I wondered who would be sitting where we fucked.

Now with him seated, I straddled him and unzipped his trouser. Reaching within I directed his quite erect penis and extracted it from the confines of his silk boxers, and out of the opening which had once been closed.

I gracefully sat atop him sans panties, discreetly eased myself upon his phallus. I took his hands and guided him to pull my silk blouse free from the waist of my skirt, and up beneath the silken material to cup my full breasts and erect nipples.

I then took my hands and brought his face close to kiss him. I unbuttoned my blouse a few buttons and he moved his mouth to my nipples one at a time while simultaneously and rhythmically I rose and descended upon his erect throbbing member, until he felt dizzy with loss of blood to his head.

As I moaned kissing him, I skillfully whisk my panties out of his suit jacket pocket and wipe the fluids into my silk panties. Delicately and skillfully I folded them and placed them into his jacket pocket.

As I reflect on the evening, the steps of the Lincoln Memorial will never be the same again.