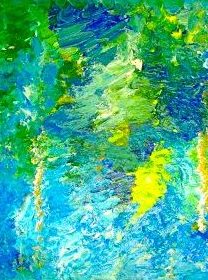 This is a time filtered account of an actual event. Rhonda Fleming is not my real name but James said that’s okay. I periodically have used that name for various reasons. There was a film star back in the 1940’s and 1950’s by that name. I admired her. She had a presence – a gorgeous red head. I was told I looked like her. Not to sound vain but I did from my face to figure and height.

Two days ago James telephoned me. The call surprised me though little does in life. He asked me to consider writing my version of events that unfolded decades ago. I was taken back. It was funny hearing from him.  He said he found me through the internet under my real name. He wore many hats including publishing. Given today’s anxieties hearing his voice felt both strange yet brought a smile to my lips. People reach out to each other. That’s the heathy part of a pandemic. I agreed after a forty-five-minute chat to write about it.  I spent last night writing and rewriting what I remembered and called James about it.

My story. It took place in Grosse Pointe, north of Detroit. In some ways the images are clearer in my brain than the words in which I use to express them. Yet. some images in my life feel like they happened yesterday.

I had been seeing several different men for business and personal reasons and by the time I was in my mid-thirties I had been married and divorced. I didn’t have any professional training. Except for one thing I was really good at and that was being a man’s dream date. I became a part-time escort and worked as an occasional jazz singer in dim lit smoked filled bars in and around Detroit and Chicago.  For a while I brought home some attractive amounts of money for someone with a high school education and raw street smarts. A few days before I drove to Grosse Pointe the man I’d been living with and I had a heated argument. He hit me several times. He was paying the rent. I left but not before telling him he was a hypocritical bastard, “when you die I’d like to have your heart because I know it will never have been used!” Melodramatic I know. We never spoke after that. I felt exhausted. We were living on the westside near the Detroit Zoo.

I packed my suitcase and put it in the trunk of my car and decided to drive to the east side to Grosse Pointe near St. Clair Shores. I stayed with a friend for three nights and made some contacts. I liked the area. It felt luxurious without being too arrogant and people appeared on the surface to mind their own business. And I was temporarily homeless.

I met with a real estate agent and James was available. He was a neophyte in the real estate business and had yet to sell a house…hungry, cute and with a missionary spirit. I liked those qualities. He showed me a few homes until we came across a comparatively small one a few blocks west of Jefferson Avenue and Lake St Clair. I liked it.  I told him my predicament. He told me his. The following conversation as a I recall took place:

“Can I stay here a night just to get the feel of it?” I pleaded.

“Well I don’t’ know what the over night policy is. But, there’s no furniture in the house. Ah…well…I have a cot, pillow and blanket in my trunk. I was taking it with me this weekend for camping up north.”

“It’s just one night. Please. I can get the money by this weekend. It’s my turn in life. I feel good about the change coming. I made calls and I have a piece of paper in my pocket.”

“Think of it as a lottery ticket.”

“I know James. There’s really nothing for me to take except for your cot, the pillow and blanket.”

I detected a nervous laugh. We looked into each other’s eyes. We hugged before retrieving the cot, pillow and blanket.

I knew there would be some second guessing.  I walked around the place a few times and laid down on the cot. The next morning after a restless night I learned the following:

“I’m sorry Rhonda I told my boss that I allowed you to stay overnight and that you were good for the money and you….he interrupted me and told me that I’d probably be a good teacher, social worker or something along those lines. I no longer work for the realtor. I’m sorry…”

“I’m the one that needs to apologize. Sorry about your job.”

We said goodbye and afterwards went our separate ways. Chance occurs. A year later at a fancy restaurant off of Jefferson Avenue I was dining with a couple friends and dressed to the nines in high heels, dark sheer nylons and a  black dress. I took notice of a young man looking at me. I smiled in recognition.  I stood up and excused myself from my dining companions and walked over and we hugged each other as we walked to the entrance. 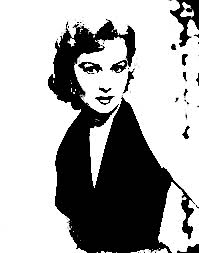 “I won. The piece of paper I told you about. Bought a house closer to the lake.”

“Returned to the university.”

I smiled again and after a few words and a kiss on the cheek we said goodbye. It was brief but memorable.

There’s no moral to the story. Just two people that intersected with each other at a critical moment in both our lives. Symbolic in a sense I like to think.