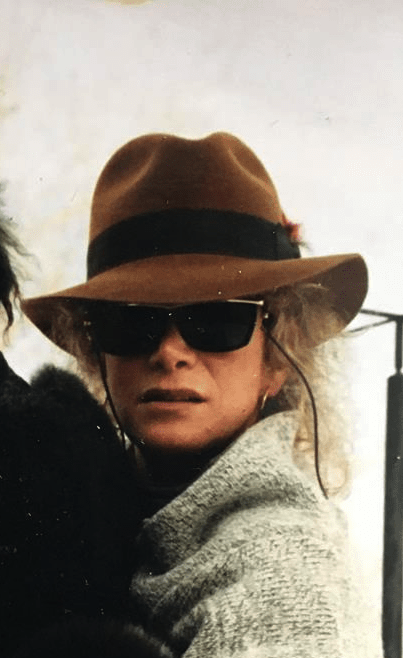 The famous author who travels in Gwyenth Paltrow circles and I share the backseat of a retro cab with a box of deodorant samples.

“Just turn on the air,” says the famous author.

“No air,” says the driver. “No heat, radio, horn. I rescued this little gem from an auto junkyard planning to restore it but the deodorant commercials I did were overwhelming.”

“I’ll settle for lunch at the Whitney,” I say. “They have the best butterscotch pastries.”

Before the driver starts the ignition, he asks a raggedy couple by the curb where they want to go. Honestly, the expression on some people’s faces when you give them charity.

“Let’s just rest,” says the woman. “It’s the natural state of a body.”

“If there were something to catch, they’d call it catching,” says the woman. “Let’s go catching, they would say.”

“Get on with it and peel some rubber,” says the famous author.

“Tires too bald,” says the driver, but guns the motor anyway. It sounds like a bad case of tuberculosis. He settles on a slow speed to scan the Detroit wasteland of deserted streets. He rallies around the building with the red ball on top. He stops at Lafayette Coney Island and we carry out too much of a good thing.

“We’ll eat it later,” says the famous author. “For now, head straight into the wind, the universal bridge across the safest way out.”

While I admire her way with words, the driver stretches his lead into a victory, then jerks the cab to a halt in front of an empty field scattered with lawn tools. In the distance you can see a small fire pot and a fence with all the feral cats in the world on top.

A guy in striped boxers reminiscent of my slept-in sheets carries one cat out to greet us. He sets it on the hood as an ornament.

“Thanks Dude,” says the driver and introduces us. “On a good day, he walks with a limp to keep the pressure off the pins in his knee. On a bad day, he barely moves.”

The cat on the hood runs off to join the other ones on the fence. “All these cats,” I say. “”So what are they up to?” “Sleeping,” says Dude. “Cats sleep sixteen to eighteen hours a day.”

“I wonder what they do the other six hours,” I say.

“Travel,” says Dude, and hands us our travel brochures. 3

“That’s the appeal of a map,” says Dude. “Everything is where it is supposed to be, you just have to get there.” He hands the driver a road map to Chicago. “People are more positive about cat adoption in Chicago. Let’s drive the cats to Chicago.”

“Let’s not,” says the driver. “My floor mats would be more cat hair than rubber.”

“Call an old cowboy to herd the cats to Chicago,” says the famous author. “Like a cattle drive.”

“Wait until the media hears of it.” I say.

Sounds like a real moment but no peak experience follows. The cats simply raise the hair on their back, some arch their spines. All of them just sit there, stubborn as donkeys.

Dude picks up a lawn mower and pushes it behind the cats. One cat turns around.

Doubt turns into hope. The cats continue to sit on the fence somewhere between the fine line of free will, providence, and higher cat consciousness. Hope turns into despair.

“Inertia is happening,” says the driver.

“There must be a way to reverse inertia from happening,” says Dude, pressing his hands together and reciting some deep affirmations.

“Flaky behavior will not be rewarded,”says the driver. 4

“No one is having a bad time,” says the driver.

“Who is willing to give up?” asks Dude, celebrating his flair for the infinite with a few low bows and prostrations.

“No one is willing to try again,” I say. “I think it’s time for our coney islands.”

The driver brings us our coneys. We sit down and dig in.

“Dessert is on its way,” says the famous author. She removes a packet of ashwagandha from her purse and asks Dude to boil some water and throw it in the fire pot. Once done, she instructs him to light the fire, then she sprinkles in the ashwagandha.

“Let down your hair, and take off your clothes,” she says, She shows us how to spread our legs over the fire pot. She goes first. I follow. When it comes to the driver’s turn, he says he doesn’t have a vagina.

“Won’t burn your balls off,” says the famous author. “Just spread your legs over the pot and breathe.”

“Hope for the best,” says the famous author. “In case it turns into fun.” 5

And the sun descends on us with some sort of grace.