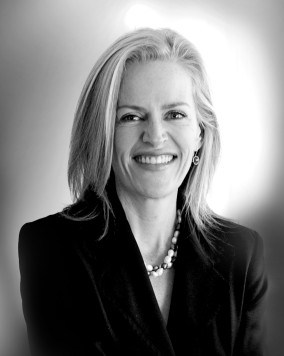 Prior to being with Fletcher Marketing she was a co-founder of Spica Communications, and executive director of public relations for The Tombras Group, a $90 million digital-centric advertising agency, where she was responsible for PR, reputation management and crisis communications for a blue-chip roster of national, regional and local clients. Mansfield built Tombras’ social media division from scratch into a multi-million dollar revenue stream, developing cross-channel opportunities for Tombras clients in the areas of social media and public relations.

Before joining Tombras, Mansfield worked on the client side, as vice president of corporate communications for Edfinancial Services, a $10 billion national student loan service provider. She guided Edfinancial and sister company Edamerica through a restructuring, rebranding and name change and handled media relations during the industry’s transition from the private to the public sector.

Mansfield is a graduate of the University of Tennessee, Phi Beta Kappa, with a BA and an MBA. She has taught as an adjunct instructor in advertising and public relations at both the University of Tennessee and Pellissippi State – recently teaching a senior/graduate-level class in social media for UT’s College of Communication & Information. Mansfield is accredited in public relations by the Public Relations Society of America and has served in variety of capacities.

NP: How has social media transformed the human communication landscape and do you envision further paradigm shifts in how people communicate?

Mansfield: Social media has revolutionized interpersonal communications. It’s ambient around us. Connectivity is constant. News dissemination is instantaneous. Access to information is virtually unlimited, except in places like China that still attempt to control communication and repress free speech. Future generations will not know what it’s like to be unplugged and off the grid.

NP: What are and/or will be the downstream effects on human behavior and institutions of learning?

Mansfield: There are consequences to what Michael Harris refers to as “hyper-connection” in his book, The End of Absence. We’re at risk of losing our sense of self, our ability to be alone with our thoughts. I think this affects the human psyche in dramatic ways. While it’s stimulating to be constantly connected, we give up downtime, daydreaming, even being bored — and boredom can fuel creativity. We need to reverse engineer solitude into our lives, for our own well being.

Human behavior is forever altered. We now see things through the prism of how other people will react to them on social media. I’m guilty of it myself — Instagramming my food, documenting my life on Facebook, texting and tweeting throughout the day. Second-screening has become second nature. It has broadened our experience and, at the same time, limited it, because we’ve become dependent on devices and addicted to affirmation from our social networks.

There’s no substitute for face-time when it comes to learning. I think at some point on the learning trajectory we’ll see alternative trends away from working remotely and taking classes online. There are intangible benefits to people being in the same room at the same time, interacting in real life. Teaching a class in social media one finds learning moments that are spontaneous, hands-on and unscripted and in some cases enhanced when recorded in hyperlapse video. Such exercises are about applying social media tools and driving virality, but the unexpected benefit is the camaraderie among my students. As is so often the case in academia, the process is more important than the product.

NP: How flexible are we in adapting to the escalating changes in how people communicate with each other?

Mansfield: As a society, we’ve proved ourselves to be enormously adaptable to the ongoing evolution of communications. And it’s not just millennials who are digital natives and have never known life before the Internet. I love the story about the 114-year-old woman who had to lie about her age to join Facebook, because the account setup doesn’t let you choose a birth year before 1905. Even my contemporaries remember life with one landline — and it plugged into the wall. We’ve adapted to mobile technology remarkably well. The challenge will be in learning how to limit our connectivity rather than learning to embrace it.

NP: Your last comment raises the following, is there a question that’s not being asked in the area of social media that needs to be asked?

Mansfield: I guess the inevitable question is “what’s next?” Examples include – varied applications of augmented reality, the rise of online gaming as a spectator sport, “Big Data” and “Big Brother.” To what degree is our willingness to sacrifice privacy for connectivity? A dystopian future where we don’t know what’s real and what isn’t, who’s a “bot” and who’s not or who’s an android and who is not? But I’m not worried. I have an inherently naïve and optimistic view about people in general. A social media pioneer, Trey Pennington, identified the three-fold human hunger to be seen, heard and understood. We crave community. But we also value authenticity, transparency, and “real” connection. So while social media is here to stay, and it has created a global community of interconnected minds, we will find ways to create life balance, online and offline. Just as a picture of a tree is no substitute for a walk in the woods, even the most experiential social network cannot replace the human touch.