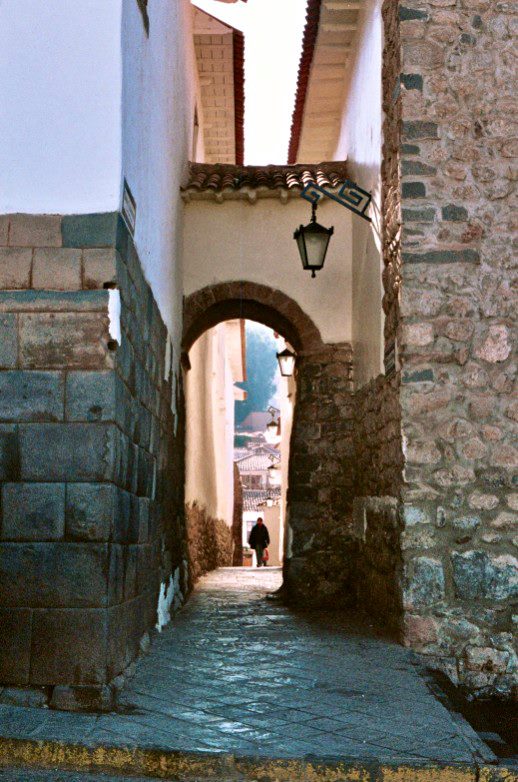 I drove west on the interstate under an early morning mist. I like Movement. It’s  core to my wiring, even when the liberty associated with it, may itself be a philosophical illusion. If I’m not physically moving my brain is still engaged in a movement that transcends the physical space around me. As a young man I regularly walked and bicycled both in body and spirit. Perhaps it’s the genetics of a high metabolism and the quest for a higher level of consciousness that I be closer to the earth around me. Walking or biking immediately connects my senses with the smells, odors, fragrances, noises and sounds. I know the word movement only points to a thing but is not the thing itself. Movement evolves into an experience and an awareness.

As I matured I better understood the physical and mental nature of movement –  from driving an aging sports car along the west coast and smelling the fragrances of the ocean, to riding a bullet riddled small bus across a sand encrusted terrain in the Middle East and wondering if I would make it to the next village, and being a passenger on an exotic train snaking through an Eastern European forest in winter, or experiencing a  two-mast schooner voyaging across the Gulf of Mexico and to flying in the co-pilot’s seat on a sea plane landing near an island in the Sea of Japan.  The physical experiences of movement like sitting in a lotus position and breathing in the images and exhaling the noise moves me to a higher spiritual plane.

Much of my adult life has involved trekking and voyaging across land and seascapes whether in North and Central America, Europe and Asia. Movement encapsulates the existential moment. A thought is a momentary movement in the brain and serves as a precursor to a potential act. And my ability to imagine it, is a form of movement. And I have found my vision is clearest in the midst of a mission, voyage or or pilgrimage. Quiet contains movement with each breath.

The more I traveled the more it caused me to study geography both physical geography and the geography of the mind. Maps of the ancient and Medieval worlds or present day digital ones offer insight into who we are as human beings. Cartography is a fascinating science of incredible detail – geographic, political, electronic, spatial, non-spatial, geologic, topographic, and multi-dimensional projections that allow a person to expand their senses as if being part of the map itself. Perhaps in the future artificial intelligence will allow an intensive physical participation in the map.

Mapping dates back thousands of years on clay tablets, papyrus scrolls and cave paintings depicting the night sky for clues to human meaning. To know more about her or his life and immediate surroundings, the creation of a map inspired a desire and wish to know more and explore further and experiment with varied modes of transportation. And to know about the world could inspire one to know about one’s place in it and how people, cultures and geography affect our connectedness or isolation – physically, psychologically, culturally and politically with the effect of channeling language, beliefs, rituals, myths, habits and customs.

It’s intriguing to speculate about the first human attempts at drawing the first map to get from one place to another. For some nomadic societies the journey was home itself. And, the historical record only shows what researchers know and not what they experimented with or of which they failed.  The primitive woman or man drawing a map in the sand or scratching the details on a piece of clay or writing with a dye on a papyrus to show members of his family or clan or tribe the direction to some place, recorded for the moment and not for the purpose of posterity.

Language influences how we translate movement and place. Some maps were part of oral history in the form of traditions such as literary, passed down through generations.  In a sense it’s the geography of human thought and memory. Are there other maps in enigmatic forms yet uncovered – buried hidden in some cave or tomb or site that is waiting, unearthed? Would there be some type of maps that we wouldn’t recognize as such? Which causes me to wonder. Would beings from another planet beam a map to some strategic location in a different form such as mathematical, diagrams, sounds or other visuals? Would earth’s telescopes and pieces of listening equipment already have viewed, detected or heard them – but have yet to recognize the potential numbers or images as a map?

While wondering about such things, I decided to refocus on my drive west as I glanced at the GPS or electronic map on the dashboard. The road ahead stretched towards the horizon with seemingly endless sticky black bitumen called asphalt and divided by short white median stripes that appeared as a long line depending on one’s speed. On either side of the highway were swamps, burned wooded areas, rustic barns, crooked trees and acres of corn, wheat and soybean coupled with vast fields of weeds and clumps of clay and a few coyotes camouflaged into the scene like four-legged, long-distance runners with tongues hanging out. I wondered if Earth was a cosmic aberration in design. Randomness in the universe makes its own statement.

The streets I have traveled like my sojourns retain a personality of their own. Some are dull with endless billboards, pothole ideas and crowded scenic vistas. I know the liberty offered by the highway is elusive, as satellites circle overhead and with the ubiquitous voyeur purposed camera alongside the road, attached to a tower or a vehicle  or a hand-held device. Movement is intricately linked to an elusive idea of liberty in the quest of my wayfaring mind.