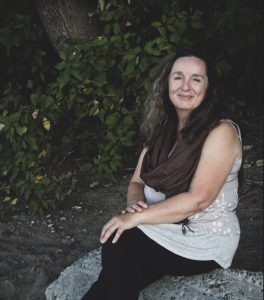 If you’re like me, you’ve been increasingly dismayed by the events of recent years.

Right wing politics has been taking over in many states, provinces, cities and countries. Walls and fences have been proposed and built, to curtail the movement of people. Plans to reduce our global use of fossil fuels have been radically watered down or even shelved altogether.

Just where are we heading?

I’ve spent much of my life being curious and following my interests in diverse topics. Recently, I was exploring the ideas of human activity in space and attended a lecture by the American astronaut Terry Virts. He reminded me of something I’d heard before, from Canadian astronaut Chris Hadfield. Both observed that when you see our blue planet from space, you see the blue of the oceans, the wisps and masses of white clouds and the greens and browns of the land. What you don’t see, they observed, are the lines we see on political maps. We don’t see from space the political borders that divide us, the people, on our planet.

My own thought, to add to this vein, (it’s by no means a unique view) is that we are all together on this floating blue orb.

The planet belongs to us all, and we all belong to the planet.

Think about lines for a minute.

There are lines that bring us together – telephone lines, fibre optic internet cables, roads, lines of words in a book, lines of music. These are things that unite us. They allow us to communicate as members of a global community.

And then there are lines that divide us.

The right-wing government of Hungary, seeing thousands of people fleeing from dangerous places like Syria, put up a fence to prevent individuals and families with children from finding refuge there.

Israel put up a wall dividing its state from the Palestinian people.

The current President of the United States of America campaigned on the idea of building a wall along the border with Mexico – another line which would have the result of not only keeping legitimate refugees out of the USA, but of dividing the American people themselves. There are those who see refugees and migrants in a negative light; others who see the possibilities for cultural enrichment that come with diversity. Too frequently these days, the arguments are either black or white, with no grey area in between.

Political lines have been drawn:  Right-wing, versus Left; Conservatives versus Progressives; Big Business and polluters versus environmentalists.

Drawing lines like these, I believe, puts our planet in peril.

During the week of December 2-14, 2018, the United Nations held a Climate Change conference in Katowice, Poland. The big takeaway of COP24 was that we have just eleven years to make a significant change in our use of fossil fuels on this planet.

Under the “leadership” of its current administration, the USA has withdrawn from the previous Paris Accord, leaving China and European countries to lead the way.

In the days leading up to COP24, the World Meteorological Organization released a report with the latest findings: 2017 atmospheric carbon dioxide levels reached 405 parts per million, a level not seen in three to five million years in the record of this planet. The President of the United States said he didn’t believe it.

“Right now we are facing a man-made disaster of global scale, our greatest threat in thousands of years: climate change.If we don’t take action, the collapse of our civilisations and the extinction of much of the natural world is on the horizon.”

The rise of nationalism, populism and other forms of right wing politics around the world are contributing to the coming disaster. “Put business interests first,” they say. “We all have the right to do what we like.”

That’s All We Have,according to the United Nations scientists.

And yet, we still have people in power who just don’t get it. They choose short-term gains instead of looking to the longer view.

The new Premier of Ontario, Canada, cancelled the Cap and Trade program that penalized polluters and distributed funds for energy conserving projects, and projects enabling the switch away from fossil fuels.

They don’t see that leaving fossil fuels in the ground makes us healthier and results in huge savings to our health care systems.

They don’t see that leaving our natural areas, wetlands and forests intact will buffer us against costly climate change induced hurricanes, floods and temperature extremes.

They don’t see that our food production is at risk. Farmers rely on the winter snowpack for growing season moisture. Farmers rely on consistent and predictable temperatures and regular moderate rainfall for crop growth. Farmers understand that we all exist courtesy of our natural environment. We are dependent on the planet earth in every way.

Right wing climate change deniers don’t see that their own grandchildren will struggle to live. You can’t eat coal, oil, or money. You can’t live in a flooded coastal city.

The migration and refugee issues we have today are miniscule in comparison with what is to come if we don’t get a handle on the simple things we must to do avoid further climate change.

On December 4th, the Dalai Lama wrote to the COP24 conference:

“Climate change is not a concern of just one or two nations. It is an issue that affects all humanity, and every living being on this earth. This beautiful place is our only home. We have to take serious action now to protect our environment and find constructive solutions to global warming.”

Those constructive solutions are out there already. We need a concerted effort to implement them and bring down the costs.

Conservation saves money, resulting in less use of fossil fuels; and solar, water and wind power are increasingly competitive cost-wise. Imagine driving a vehicle that is powered by the solar panels on the roof of your house – that future actually exists now.

On December 13th, the Canadian Broadcasting Corporation aired a radio program discussing these issues. Activist Margaret Klein Salamon. Director of The Climate Mobilization, says that we are too late in the game for gradual action on climate change.  Her organization calls for an immediate ban on all new fossil fuel infrastructure and a ten-year timeline for phasing out the fossil fuel infrastructure that we do have. “What we envision is a rapid transition of our entire economy and society, with ‘all hands on deck,’ ” she said. Addressing such a challenge she says will take a collective effort such as was seen during World War II, where every able-bodied person contributed to the war effort.

Populist right-wing conservative politics contributes hugely to the problems humankind faces because of global warming. By denying science and by denying the fact that climate change exists, our entire species and our civilizations become more and more at risk. The planet will continue long after we are gone, but eleven years from now, we will wonder why we didn’t shout to the skies to make our governments act.

We have no time for naysayers and self-serving autocrats.

In fact, we have no time.

We have just eleven short years. A blink of an eye compared to the immense age of the earth.

We must begin now to change our own lives, change the way we live, change the way our societies operate, and urge, no, demand, of our elected leaders that bigger changes be made.

Those in power want to keep their power by any means necessary, but our planet needs us to act quickly and with global cooperation.

There is no time to lose.