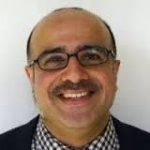 The 2016 presidential election in the United States was unprecedented in the extent of bitter divisiveness between the candidates’ campaigns, the complex factors attributed to the unexpected results, and the difficult years in which the nation will reel from the short and long-term effects. In its aftermath, an aggravated, broken nation extends rural libraries an extraordinary charge to help mend the splinters and move forward in their local environments. They have an opening to take ownership of a compelling responsibility as agents of democracy toward political, economic, and civic recovery. This think piece analyzes the implications of the 2016 presidential election for rural libraries primarily as information service providers that can aggressively further political information literacy, fluency, and advocacy and economic development as tools to nurture a more refined, responsive, respectful, and relevant form of democracy in the twenty-first century than what we have seen recently.

“This article was developed from the text interview “Rural Libraries: Political and Economic Change,” which I gave to the Narratives Paths Journal (Journal for Experimenting with Ideas), available at:  NP Journal- Rural Libraries